Skip to content
China > Tibet > Lhasa
02 October 2010
___
After a hearty biryani lunch (yes, they make decent biryanis, thanks to influence from the Nepal side), I head for another monastery of the ‘Yellow Hat’ sect – Sera Monastery – just north of Lhasa. 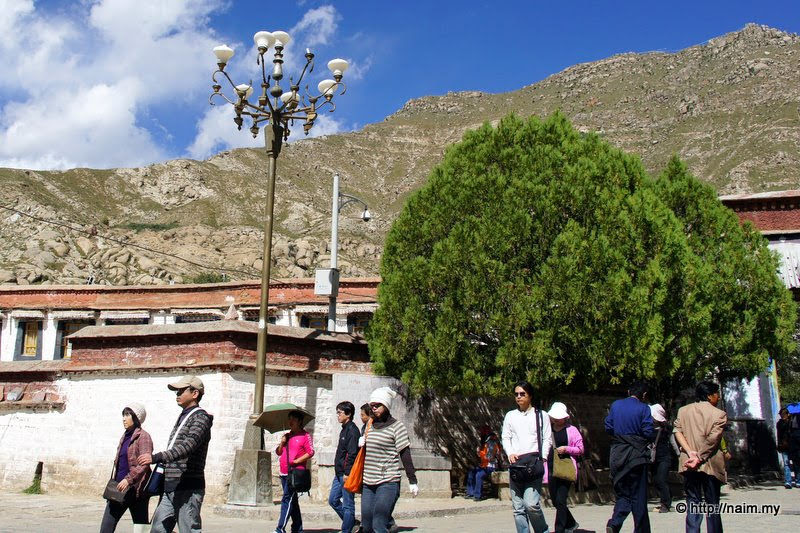 Oh no, not another mountainside monastery! 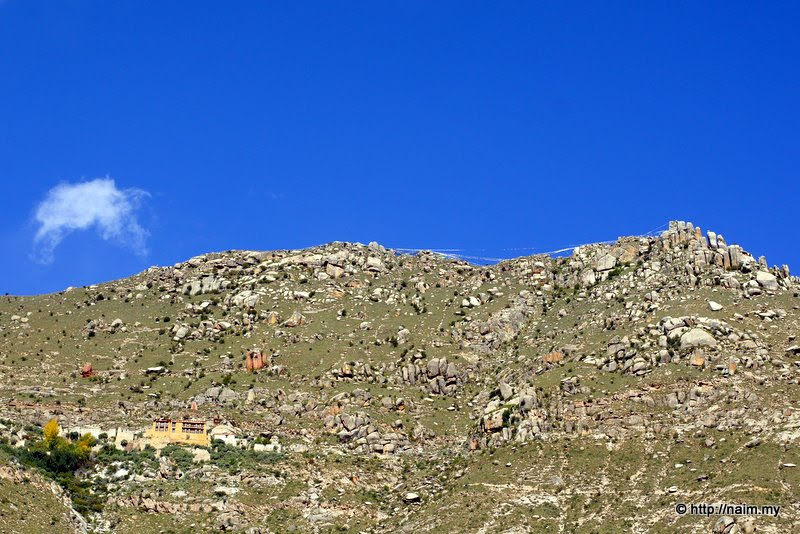 Well, phew! Not the one above, but a monastery complex just up the shady lane. Sera was founded in 1419 by a student of the founder of the Yellow Hats. It’s one of the top three monasteries in Tibet. 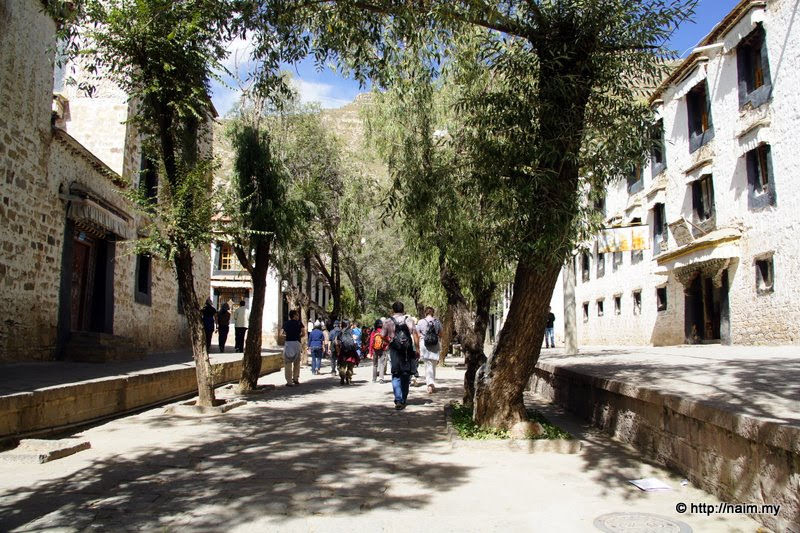 I’m tempted to have another spin or two or three … 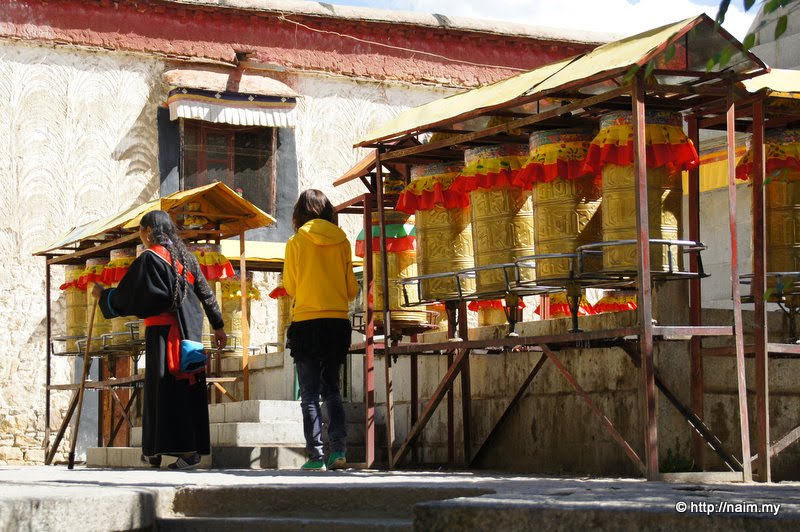 The unique thing about Sera is the method of discussing theological doctrines among the monks. The clapping and the gesturing and the bodily postures happen all over the courtyard. 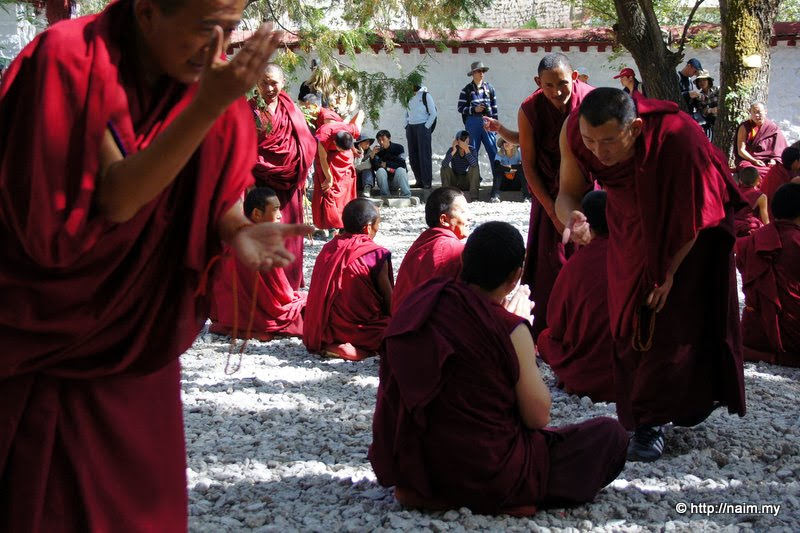 It involves expressive gestures as the disciples argues with their teachers, especially loud clappings. 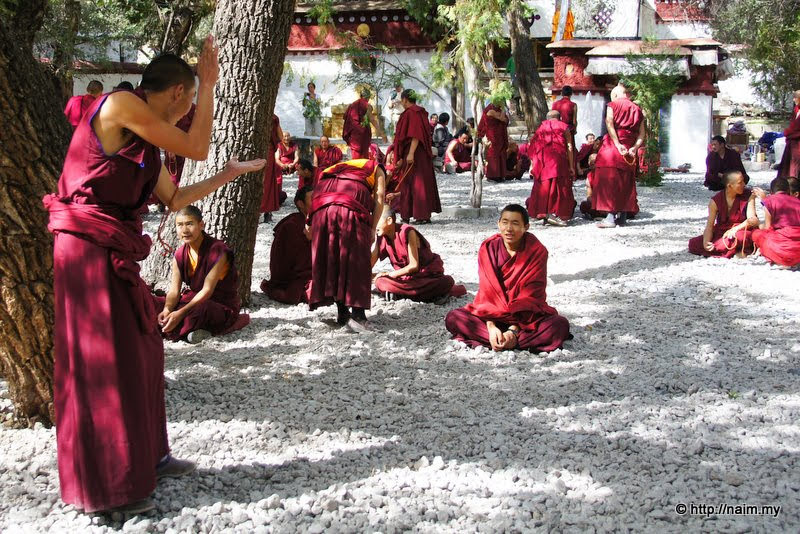 To prove a point or two, perhaps? 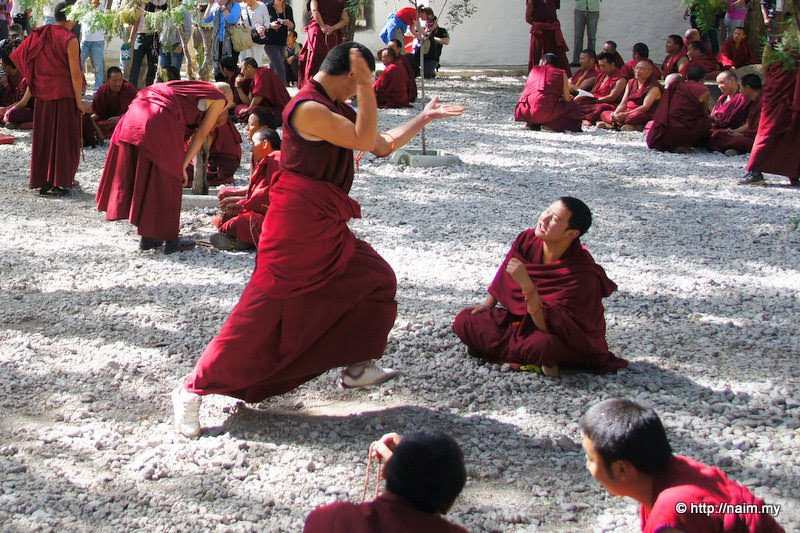 A family of four lapping up the cultural feast. 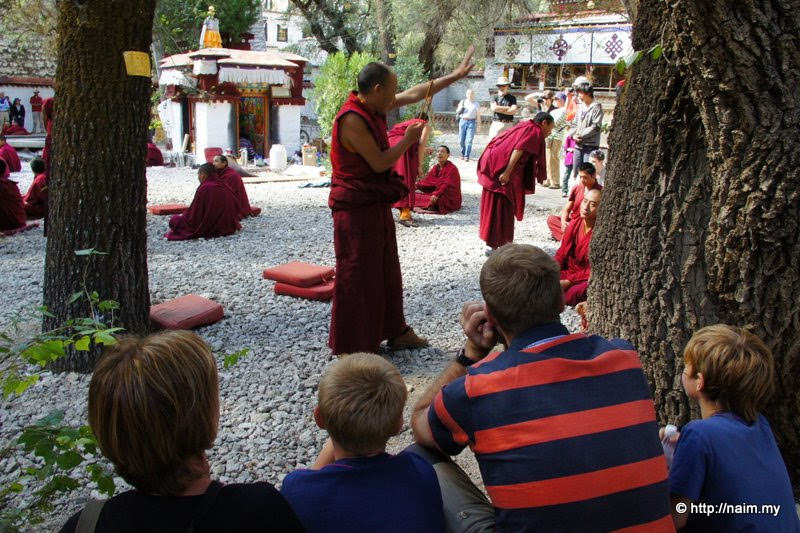 A senior monk with his three disciples. 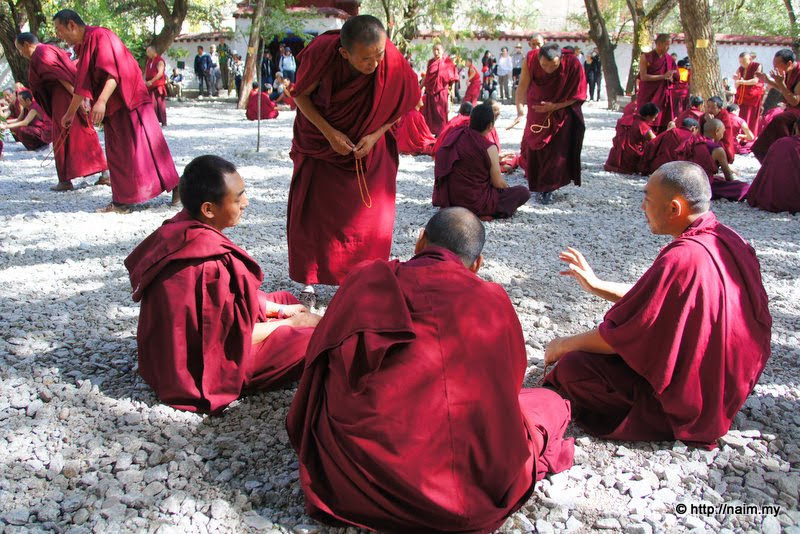 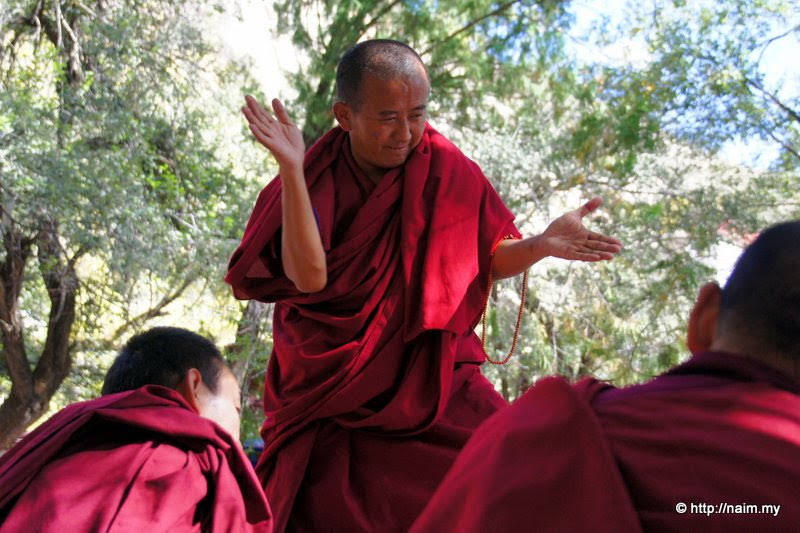 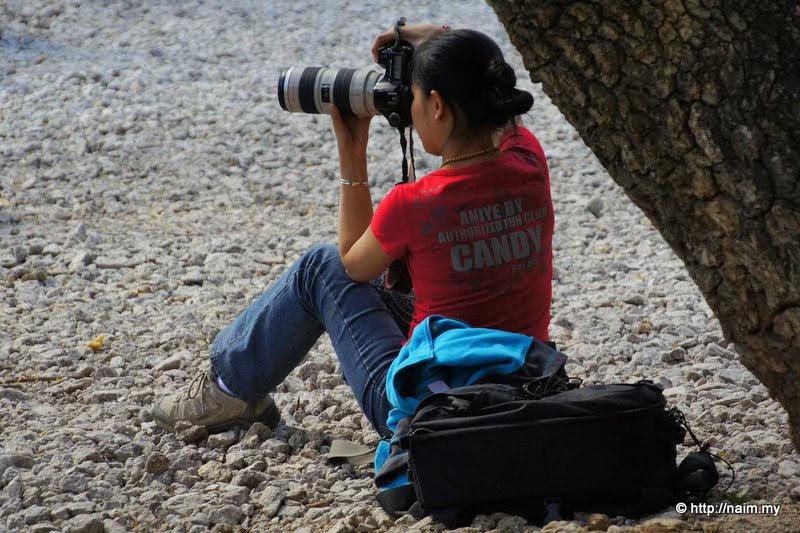 Across the courtyard, the assembly hall where lectures take place. 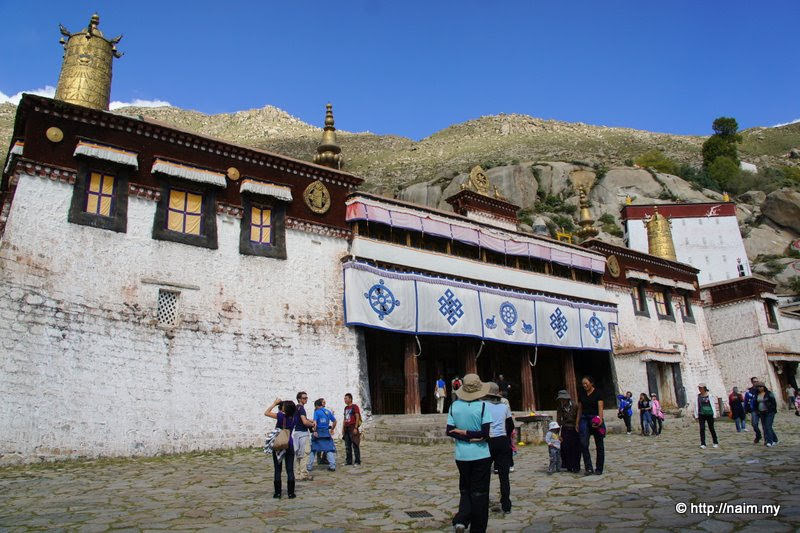 A common sight: elderly pilgrims being led by a daughter, maybe. 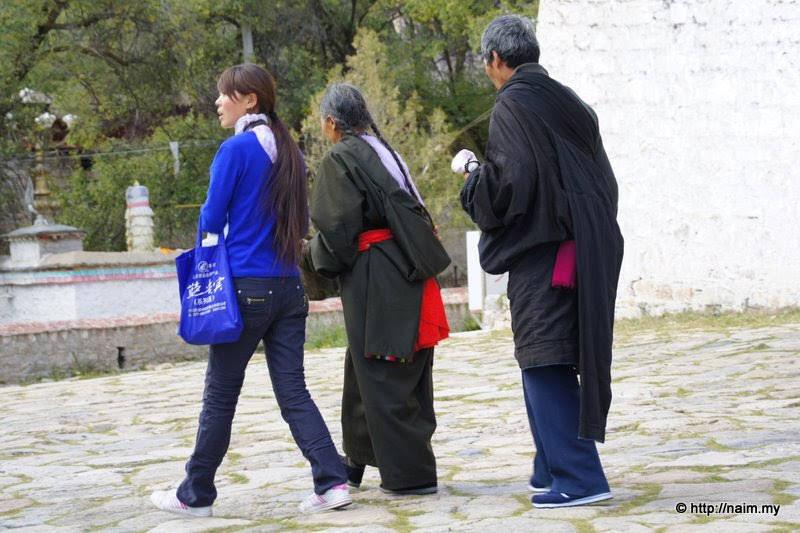 Suddenly the monastery yak appears, and I decide to say bye-bye to Sera Monastery. A bad-tempered creature, better keep away! 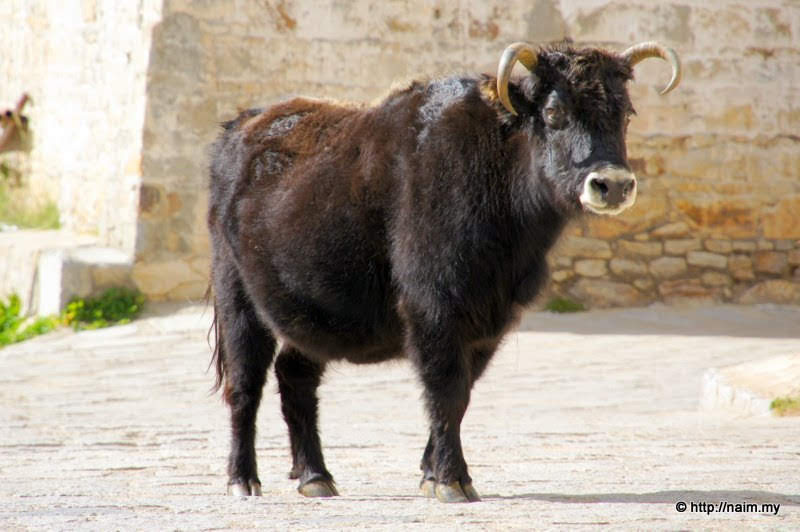