A beautiful morning from the hotel restaurant as I contemplate my breakfast menu. Definitely no more tsampa adventure as I settle for dumplings, bread and coffee. Harmless stuff. 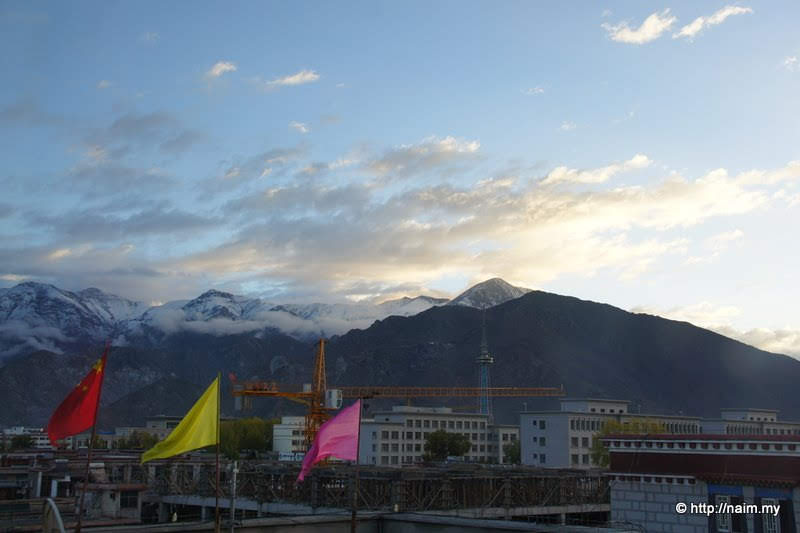 Beautiful autumn morning and the streets are spotless. 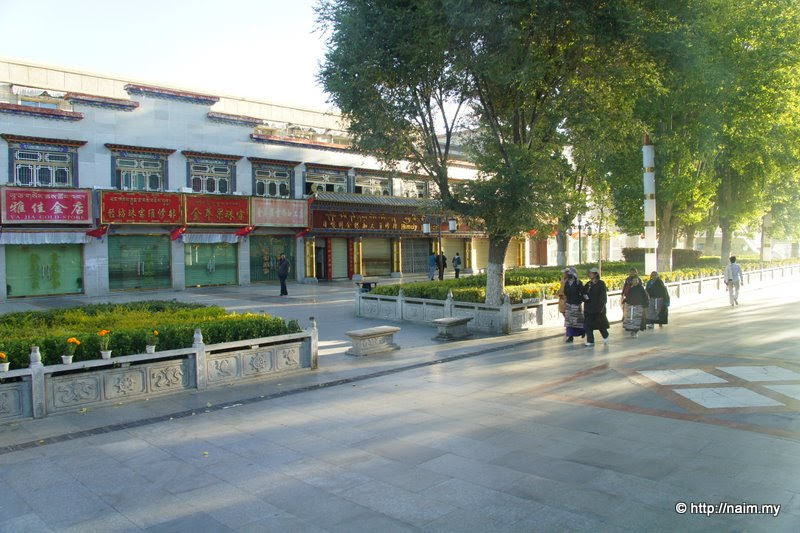 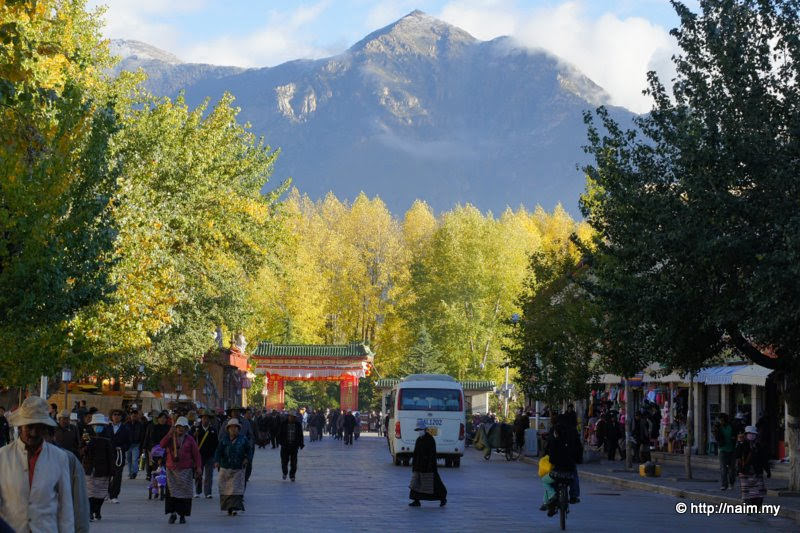 … the object of my Tibetan pursuit appears (well, Mt Everest is the other one, but that’s for later). Note the two parts: Red Palace (solely for religious use) and White Palace (administrative and living quarters). 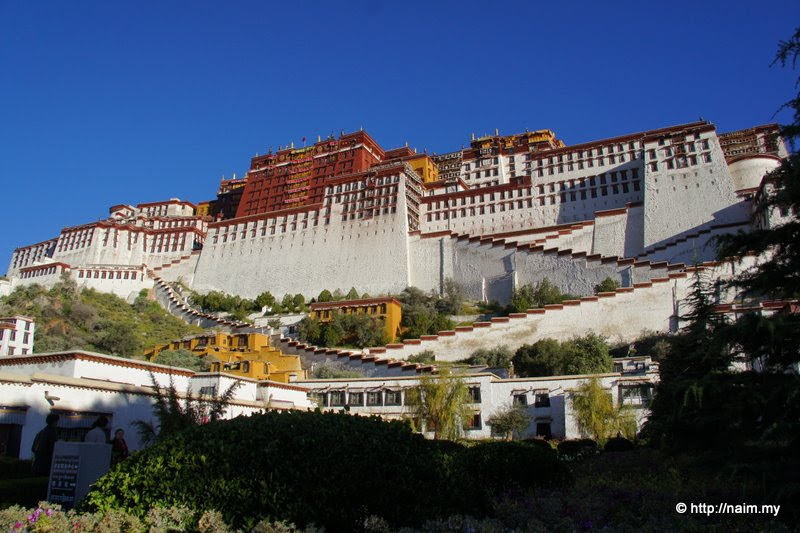 As I climb the countless steps, I realise that I’m at the Potala finally. I had the same feeling when visiting Alhambra in Spain last year. 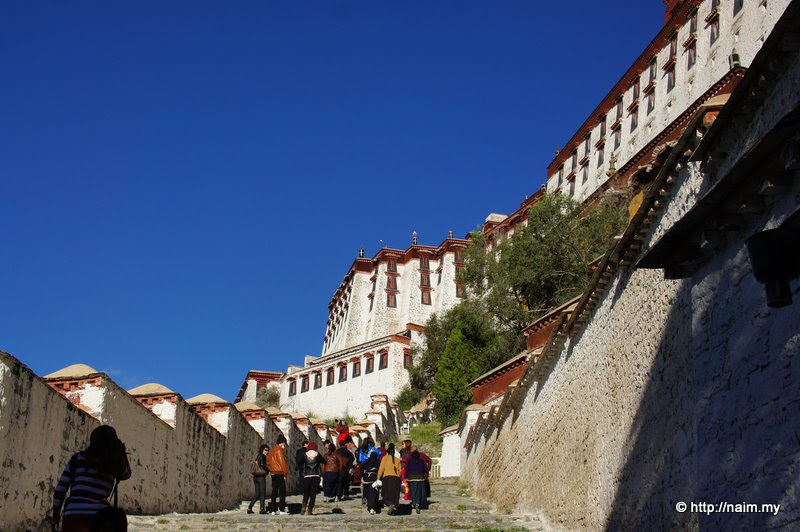 The thin air makes the climb laborious, so I pause to soak in the splendid morning view, and the oxygen. The southern vista. 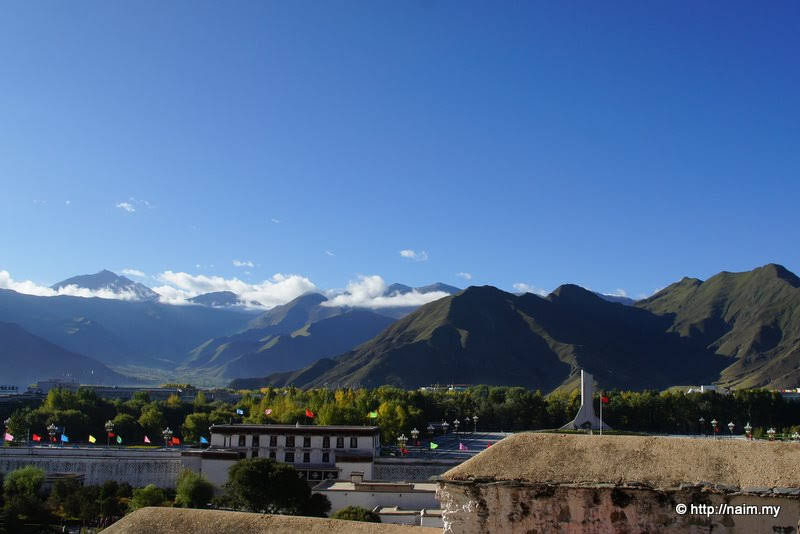 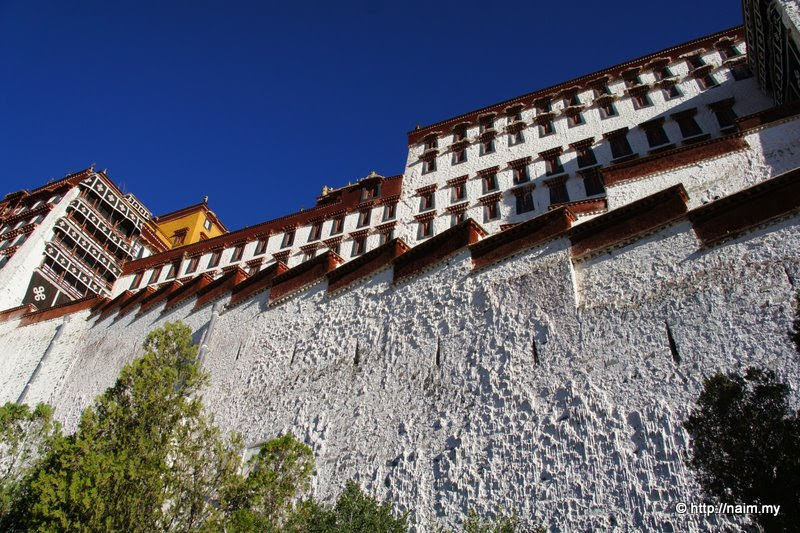 Reminds me of climbing the Great Wall not too long ago. But we had ample O2 back then. 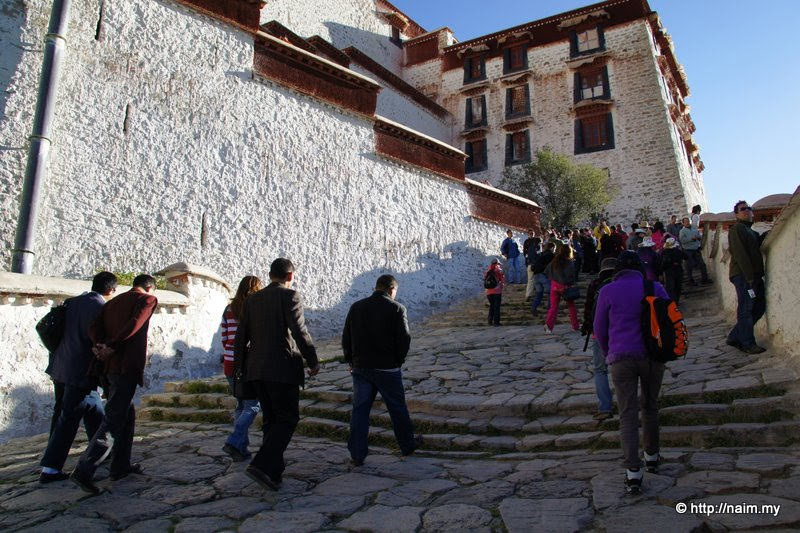 A view of Potala Square at the southern edge of the palace grounds. 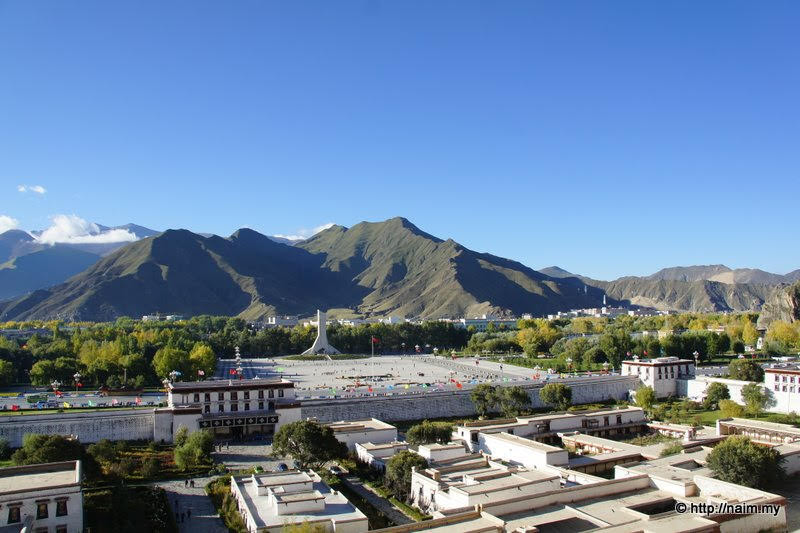 Looking west, as the crowd behind me builds up. 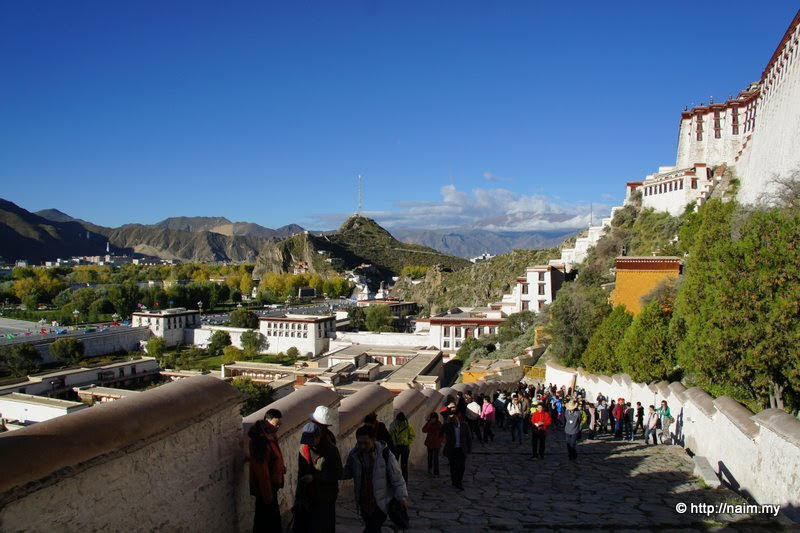 At the top finally, and into a tunnel. 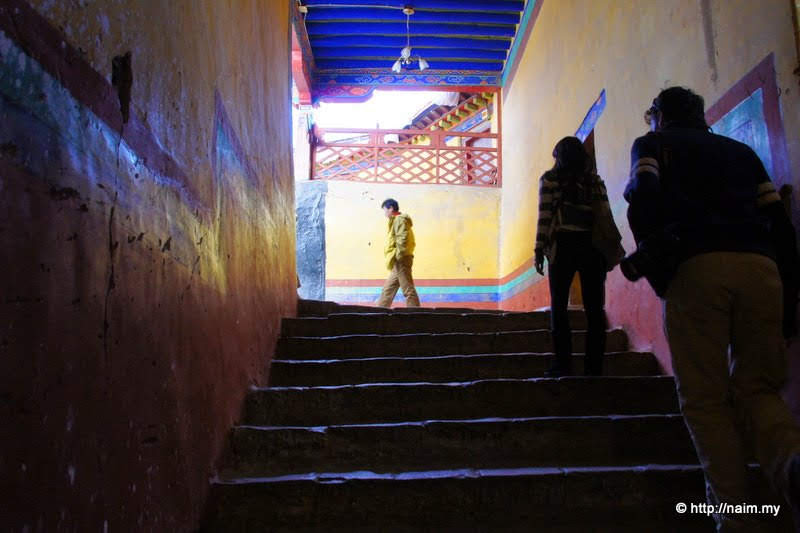 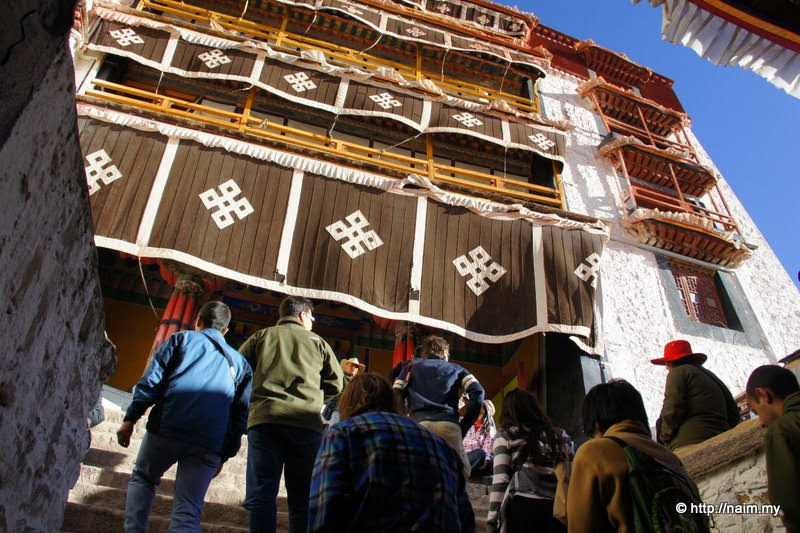 A humble intro for such a momentous object. 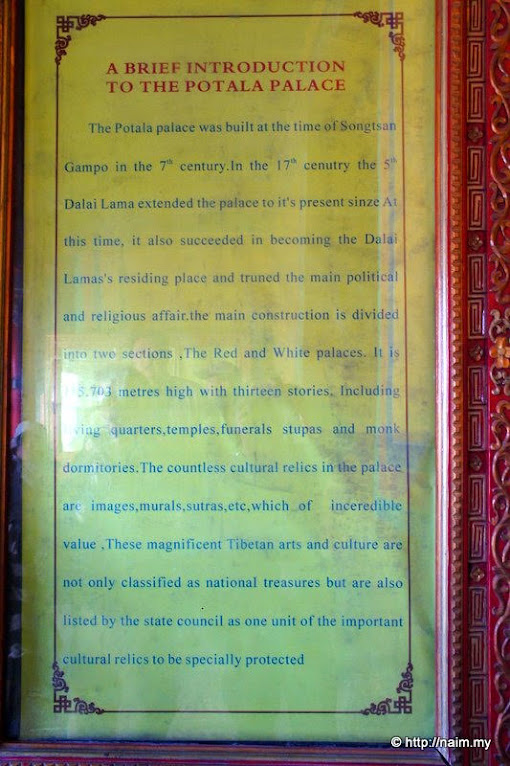 I am finally in the East Courtyard. The topmost floor where the yellow shades are, was the Dalai’s private residence. 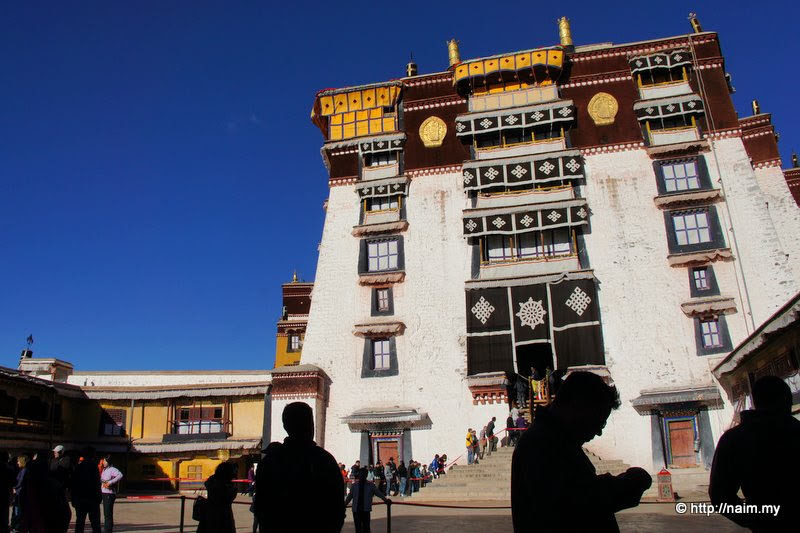 Close-up of the Dalai’s bedroom.
[I enter the building, and no photography allowed. Visit includes the Dalai’s quarters, chapels, manuscript rooms, tombs of previous Dalais, religious relics, chambers, etc. The whole palace is now a museum, a fantastic one too.] 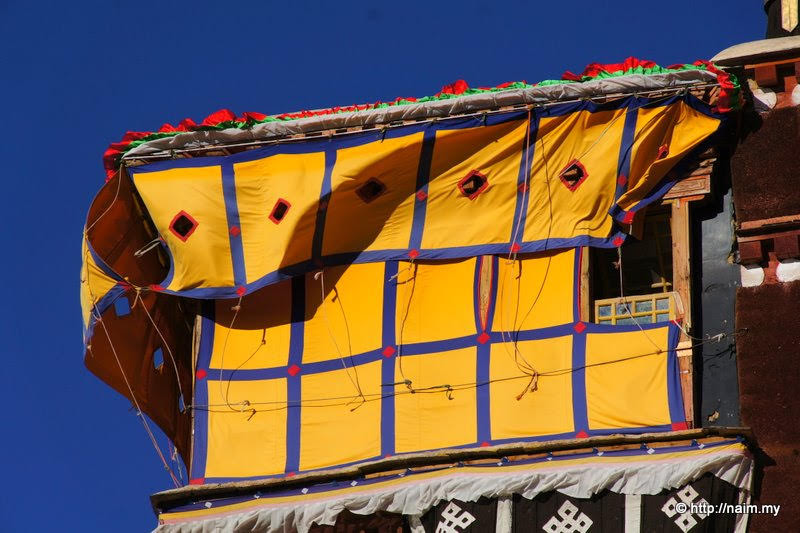 I come out of the tour stunned at the splendidness of the palace and the complexity of Tibetan Buddhism. For one thing, they have a concept of ‘Future Buddha’, who would appear to save mankind before the world ends. A Messiah indeed. 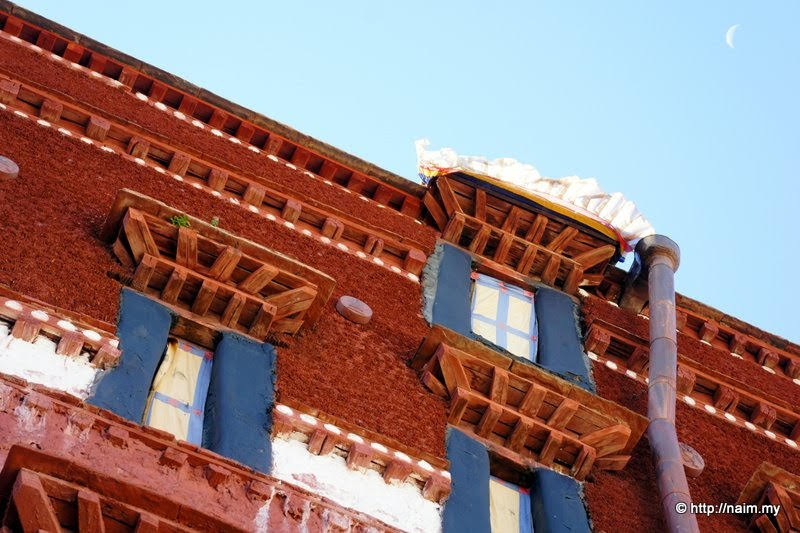 From a rampart I see the northern part of Lhasa, the new city. 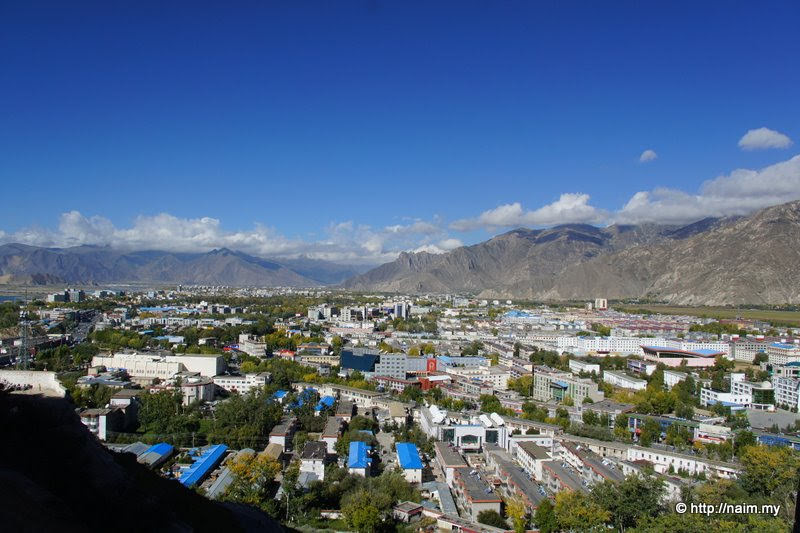 Beside me, the wall of the Red Palace, totally devoted to religious matters. 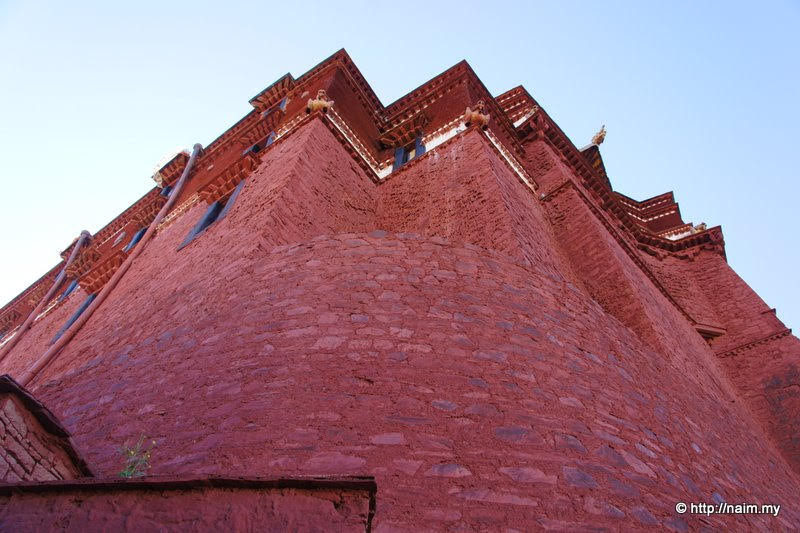 After the long and arduous tour (climbing up and down narrow, steep steps), most visitors take a breather here while enjoying the view and fresh air. 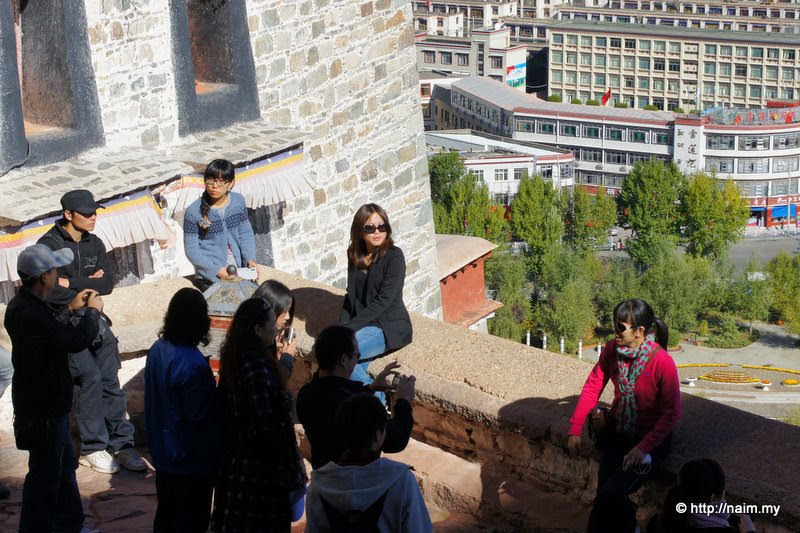 Exit is along the northern wall of the Potala, so that’s the view of modern northern Lhasa. 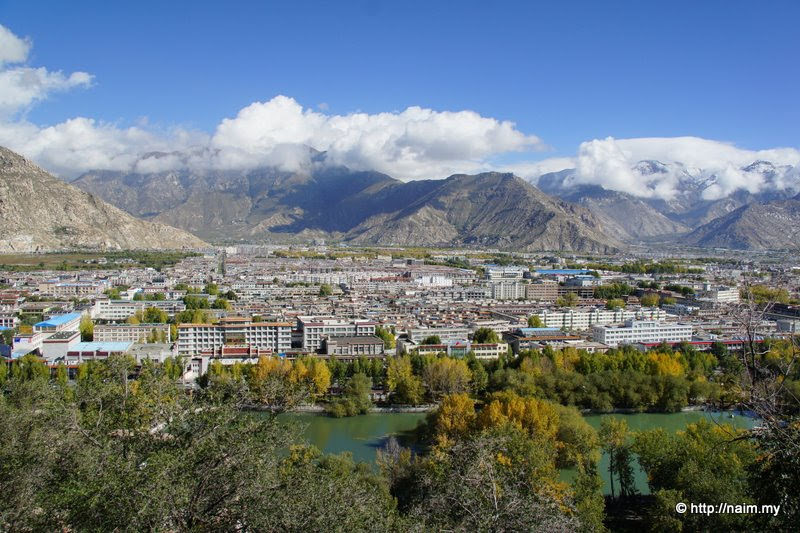 The descend towards the east is more gentle and pleasant. 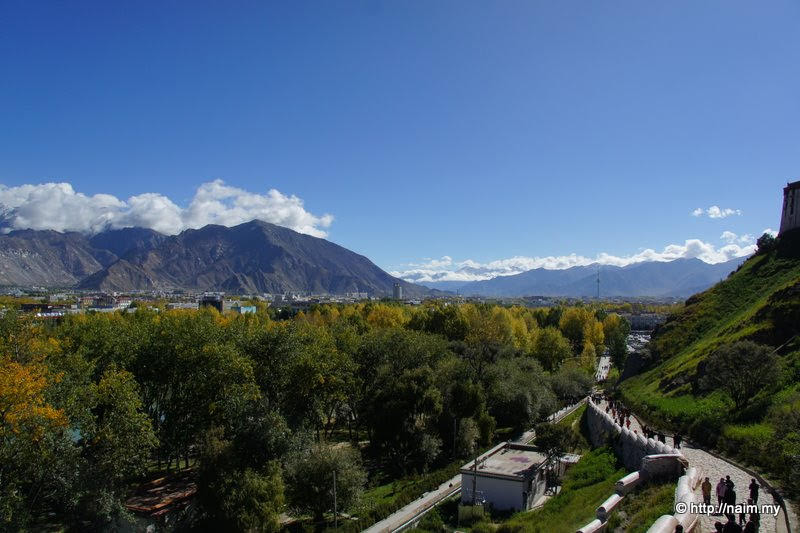 The place is full of pilgrims, most carrying this mobile version of the brass spinning prayer wheels found in temples and monasteries. One revolution of the bell marks one prayer, so you could be doing anything as long the bell keeps twirling – you still collect the brownie points. 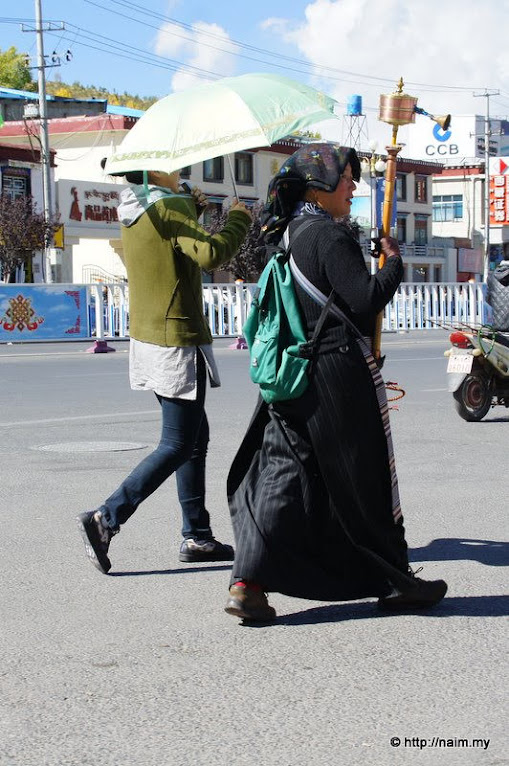 Okay, the Potala is a place worth having oneself framed in for posterity, so please allow me … and there’s a pole going right through my head! 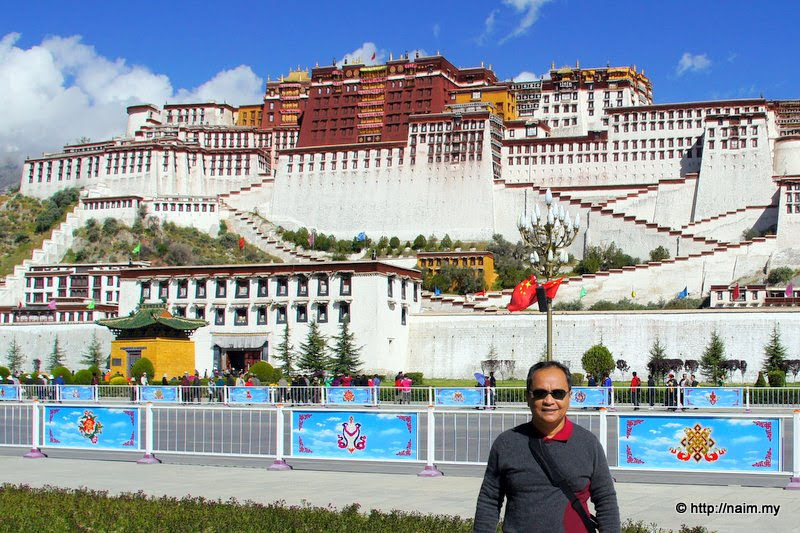 4 thoughts on “The Potala Palace”